The Jungar Flats Project, in the North Murchison region, is located 70 kilometres west of Meekatharra and 45 kilometres north-northeast of the 2.8Moz Big Bell gold deposit.

The Project comprises four granted Exploration Licences. The Murchison Region is well serviced by significant infrastructure associated with historical and current mining operations in the region and three processing facilities within 50 kilometres.

The Jungar Flats Project lies within the Murchison Province of the Archean Yilgarn Craton, and covers the interpreted northern extensions of the Big Bell Shear Zone, a 100 kilometre long feature, extending from the Big Bell gold deposit in the south, northwards through the tenements.

The Murchison Province is characterised by a number of north and north-east trending greenstone belts of mafic, ultramafic, felsic and sedimentary rocks. These greenstone belts are intruded by later ‘internal granitoids’, bounded and cross-cut by a series of major crustal-district scale structures. 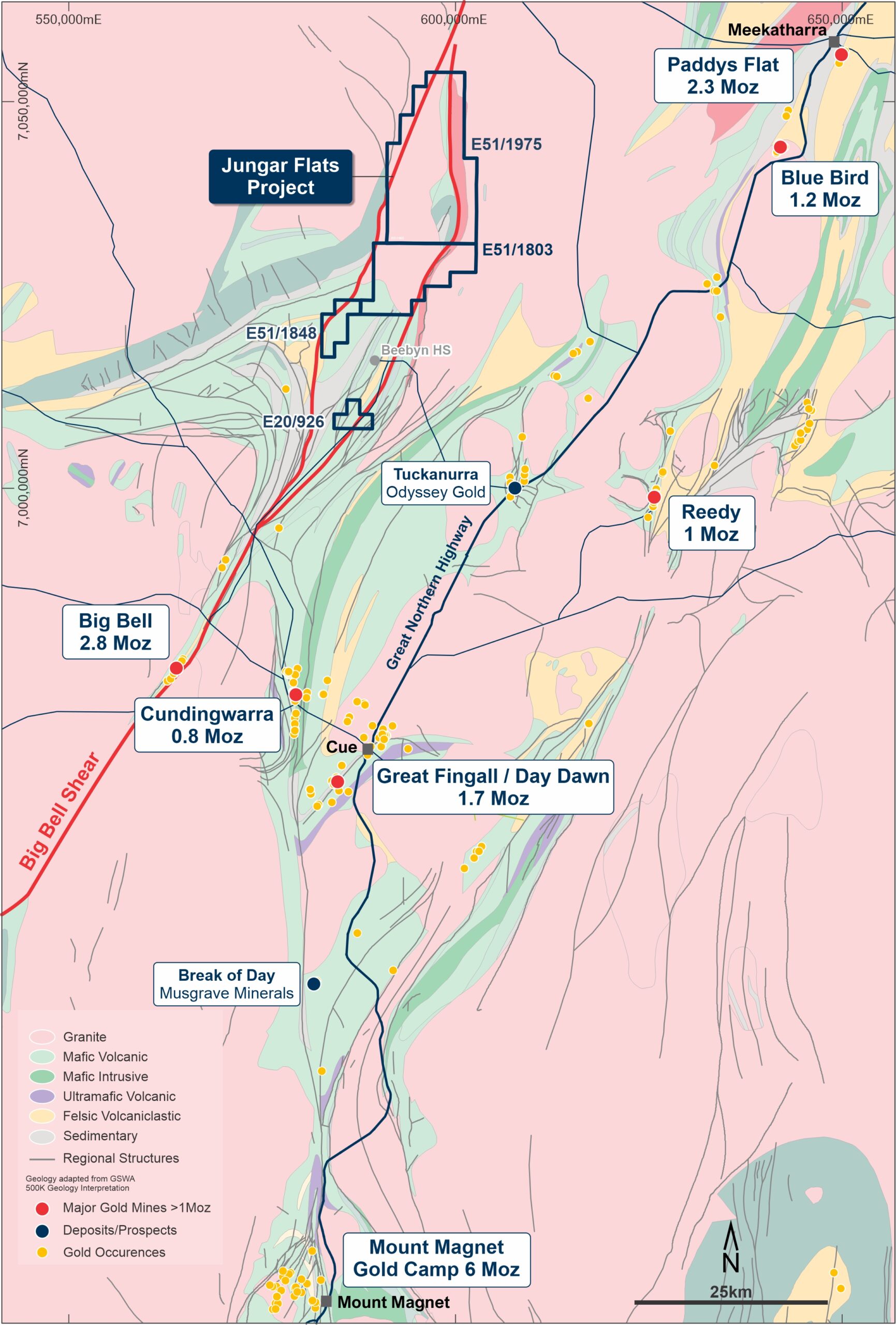 Much of the area is covered by a variable thickness of recent sediments (transported cover) and hardpan development obscuring the underlying bedrock with outcrop/exposure of the bedrock estimated to be around 5%.

Due to the extent of cover in the Project area some of these exploration programs are deemed to have been ineffective in evaluating the bedrock potential, however historical exploration did identify several targets for both gold and base metal mineralisation which have not been investigated at depth (>50m) for significant mineral systems.